It’s a family tradition to go for a family lunch on Easter Sunday. This year we decided to do something different and head to Sicily.

So on Easter Sunday we woke up early to embark on the Malta-Sicily ferry at 4.30am in the morning. Our son was still sound asleep at that time but somehow we managed to get him out of the cot and straight into his car seat. By the time we arrived at the port he was already wide awake full of energy – ready for the day! Family greetings at such as an early hour weren’t as bad as one would think. We were all looking forward to a jam-packed day of fun. But not so quick – smiles and laughter did not last long. The weather was ok however the wind was very strong blowing from the north. As the ferry left the port it started swinging from side to side. Most of us could handle this – some of us with the help of a motion sickness tablet. A lot of passengers started to show extremely sea sick. Our son was fine until …. half way through having his morning dose of milk … he sprayed it all out again! Our son, the push chair and to some extent myself were really not looking good! Thankfully I had not yet changed my baby in his outfit for the day and I have taken two more change of clothes for him just in case. The ferry crew was really great in helping us clean up the mess. The rest of the journey was fine although worried that the ordeal might happen again. Finally a breath of relief when we reached the port of Pozzallo. There waited for us a mini-van which we had rented out for the day and off we went.

First we headed to Modica to see the renowed Madonna Vasa-Vasa which translates into “Madonna finds her Son”. The ancient town was closed for traffic so we had to park and take the shuttle bus to the ancient town. It was very well organised. First we stopped at one of the best confectioneries in town for our morning treat – proper Sicilian ricotta cannoli. Simply delicious! When we got to the old quarter, the atmosphere in the square was beautiful. Everyone was in feast-mode while waiting for the statues of the Risen Christ and the Madonna to come out of the church for the procession (each from a different church not much far off from each other). The excitement could be felt when around noon it was time for the two statues to meet up at a crossroads and Mother kisses her Son. It did get a little crowded then to go around with a stroller but it was a very nice Sicilian tradition to attend to while we were in the neighbourhood. Luckily we had taken the BoBo Buddies Harness

with us so we could hold our son while he walks freely. We find this ideal when we are in crowds.

There were stands full of big Sicilian lemons. These lemons were much larger than we normally see back home and the Sicilians were eating them sprinkled with chili powder and salt. We did have a go at it and they were definitely worth the try. Our son wanted to have a go to. You should have seen his face! He liked the taste and wanted more and more.

We then took the shuttle bus back uphill and drove to Scoglitti – roughly 50km east of Modica – for our long awaited Easter Sunday lunch. Scoglitti is a fishing village in the southern part of Sicily in the Province of Ragusa. It is close to the archaeological area of Kamarina and only an hour drive from the Port of Pozzallo.  We got there before the restaurant was open for lunch so in the meantime we went for an aperitivo at one of the bars nearby. The sun was pleasant so we stayed outside. Our stomach was rumbling – it was time for some good food. Finally, we were sitting down at the restaurant – we didn’t order much as the restaurant offers a kind of degustation menu and provides its clientele with the best fresh fish produce they get hold from the nearby fish market. Needless to say, the food was to die for and very well worth the trip. Our son was happy to try all sorts – he was hungry poor guy! My mum then took him downstairs for a stroll so he naps a bit – it has been already a very long day for him considering he woke up around 5am. 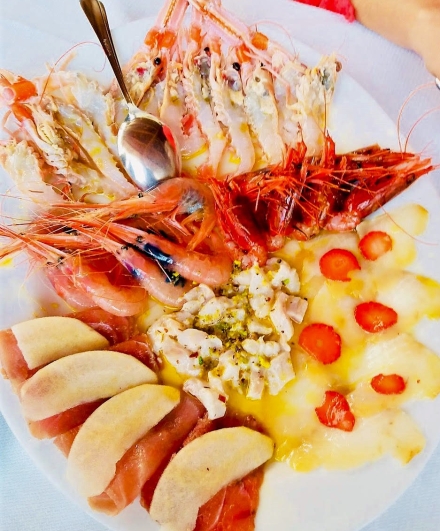 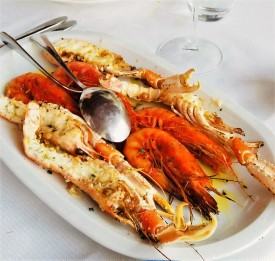 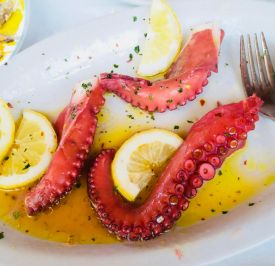 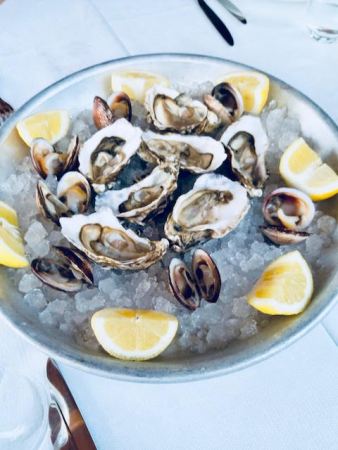 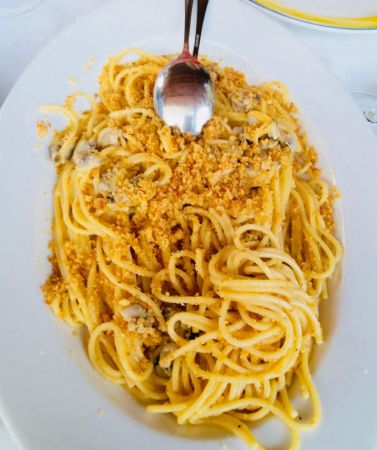 After lunch we stayed wandering around the southeast part of Sicily not doing much apart from stopping by a local farm to buy some tasty olive oil and tomatoes to take home with us, eat (yes, eat!) more cannoli and enjoy the countryside. 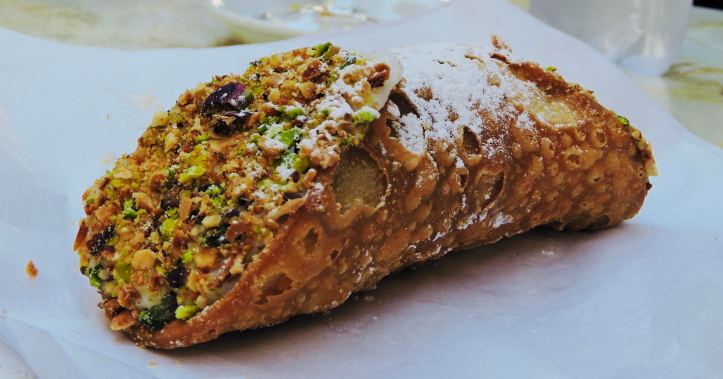 The journey back to Malta on the ferry was smoother but by the time it was time to get on the ferry we were all exhausted. My toddler was too tired but yet could not get any sleep in his stroller because he was too excited to go on the ferry once more.

Next time – I think it would have been more sensible to spend at least one night or two in Sicily because waking up at such an early hour to catch the ferry and then arriving home so late in the night was a bit too exhausting for a toddler. The ferry has got its advantages especially if you go with your own car. You can stuff anything you want in the car without having to worry about packing suitcases. The rough sea is however a big drawback. Our boy was fine after the motion sickness straight away but boy what a mess! I guess the ferry is a bit safer in the summer months as the sea is usually calmer but you can never know until a few days before the trip – and unless you have the luxury to book a short holiday only a few days before, then you always have to bear the risk of bad weather. Travelling by air is usually not more expensive than the ferry – at times it is actually cheaper – so worth considering this option.

What’s for sure is that we will do it again!